Things to do in Sighisoara – A Guide 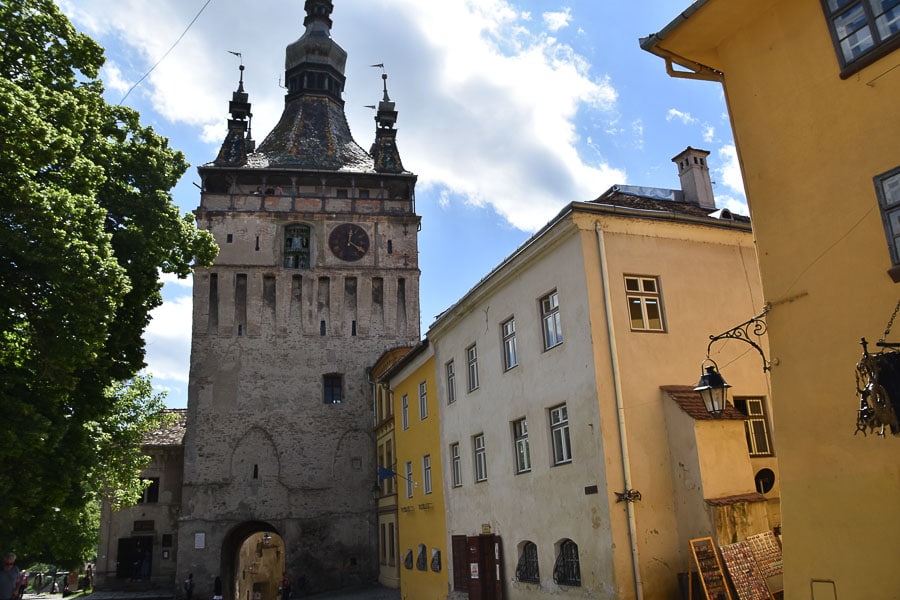 Things to do in Sighisoura

Looking for things to do in Sighisoara? Read on and find out all you need to know about this charming Romanian city.

Sighisoara is a small city in Transylvania, central Romania. It is a picture-perfect place with brightly coloured houses, gothic church spires and cobbled streets. You may be forgiven for thinking you have stepped right into a Brothers’ Grim fairy-tale as you explore the hidden walkways and medieval architecture.

Although a city in name, the settlement is very small and easily walkable on foot. Sighisoara is surrounded by deep woods and mountains, making it a great base for exploring the beautiful nature in the wildest part of Europe.

The city has a long and important history dating back to before the 12th Century. It is also famed as the birthplace of Romanian Prince Vlad “the Impaler” Tepes, who was part of the inspiration behind Bram Stoker’s Dracula.

Who was Vlad Tepes?

Vlad Tepes, also known as Vlad the Imapler, was the ruler of Wallachia (a region of Romania) in the 15th Century. He was born in a house in the citadel in 1430 or 1431.

As a young man he was imprisoned by the Ottoman Turks to ensure the loyalty of his father the King. After spending four years incarcerated in Anatolia (Turkey), he managed to escape back to Romania and claim his rightful title.

Tepes ruled with an iron fist and had little regard for the nobles and gentry. Transgressions were punished with the stake; a cruel execution method whereby the victim would be impaled on a large wooden pole, avoiding major organs so as to prolong the agony for days.

In contrast, loyal servants were rewarded generously and Vlad preferred the loyalty of the lower classes as he had no trust of the gentry.

Tepes was involved in numerous wars fought throughout the region, including with his own brother Radu, who was allied with the Sultan. He died in battle fighting the Ottomans in 1476.

How to get to Sighisoara

The closest airport is Targu-Mures Transylvania airport with flights to and from several European destinations including London, Dortmund and Budapest. For more options fly to Bucharest and take the train or bus.

There are daily trains between Bucharest, Brasov, Cluj and Sibiu. I took the train from Brasov which took around 4 hours. It wasn’t the most pleasant of train journeys as the beautiful scenery was obscured by graffiti on the windows and constant hassling from gypsy beggars.

I was later told it’s best to take the bus to avoid such troubles. It’s also worth noting that the intercity and international trains are more comfortable with fewer instances of pan-handling.

Top Things to do in Sighisoara

Things to do in Sighisoara – The Citadel

The UNESCO World Heritage site of Sighisoara Citadel is the centre of the city. The citadel was constructed by the Saxons in the 12th Century and the area is still inhabited today. Here you will find many cafes, restaurants and gift shops. The citadel is also the highest point in the city with magnificent views across the coloured rooftops and out to the countryside.

Things to do in Sighisoara – The Clock Tower

The 60m clock tower is one of the main attractions in Sighisoara and for a small fee you can ascend the rickety staircase for magnificent views of the city. You can see the workings inside the clock and there is a small museum inside.

The birthplace of the famous warlord and impaler of Turks, Casa Vlad Dracul now serves as a pleasant restaurant. The food and beer are excellent, if a little overpriced. It’s also possible to view Vlad’s bedroom for a €5 fee. Beware, there might be a surprise when entering… Definitely one of the best things to do in Sighisoara!

Just next to the City Hall is a blackened bust of Vlad Tepes, great for a photo opportunity with Europe’s blood-thirstiest prince!

Next to Tepes’ house is the small but interesting medieval weapons museum.

The Sighisoara Medieval Festival is held annually on the last weekend of July. A great place to witness re-enactment displays and tradecraft.

Consider hiring a bicycle to explore the surrounding areas and escape into nature.

Food and Drink in Sighisoara

Sighisoara is a gastronome’s dream and you can tuck into hearty mittle-europa stews and dishes, all washed down with a palatable wine for under €10.

Cafes and restaurants abound and you can’t walk far without seeing streetside tables. The square in the centre of the citadel is a great place to dine al-fresco.

My two favourite picks are:

Where to stay in Sighisoara

There is no shortage of accommodation in Sighisoara. From hostels to 5*. I stayed at Double Tree by Hilton (I had been on the road for a month, slumming it across Central Asia so felt I deserved a little luxury).

The rooms were much cheaper than you would pay for the Hilton in western Europe and with a balcony and view across to the Citadel, it was one of the best hotels I’ve had the pleasure of staying in. The pool with glass roof and spectacular views was a nice touch! Expect to pay €80 per night in summer and less out of season.

Click the link to book now! Double Tree by Hilton with Booking.com!

Check Hostelworld or Booking.com for more great deals on hostels and hotels in Sighisoara!