Is Kazakhstan Safe? A Guide

Is Kazakhstan Safe? – A Comprehensive Guide

In this article we will look at the question; is Kazakhstan safe?

The Republic of Kazakhstan is a vast land of dessert, steppe and towering mountains making it a dream for nature lovers.

Hiking, skiing, rafting, horse trekking and nomad adventures are all on offer to those seeking adventure.

What’s more, Kazakhstan is an inexpensive country by world standards, but due to its oil wealth, has a growing infrastructure and modern cosmopolitan cities.

But, is Kazakhstan safe to visit? Let’s find out…

Is Kazakhstan Safe to Visit Now?

Now has never been a better time to visit Kazakhstan. With Lonely Planet declaring Central Asia its top region for 2020, this can only be a positive endorsement of what a great time it is to discover this unique former soviet republic.

With the tackling of corruption, improved road and rail safety and a welcoming population keen to show off their beautiful country, now has never been a safer time to visit Kazakhstan.

Is Kazakhstan Safe for Solo Travellers?

Kazakhstan is safe for solo travellers. I have travelled alone on every occasion to Kazakhstan and have never had any problems nor felt unsafe.

Usual precautions should be taken, especially when venturing off the beaten track.

In places like Aral which used to be a thriving fishing port, unemployment is high. Alcohol and drug use can afflict the local population leading to problems.

*Alamty and Nur-Sultan are safe at night but just be aware of your surroundings and keep to central, busy and well-lit areas.

These tips really should be common sense for wherever you travel and aren’t specific to Kazakhstan.

Apart from unscrupulous taxi drivers (see below) I have only ever been accustomed to the fierce sense of Kazakh hospitality and witnessed nothing but warmth and friendliness from locals all over the country.

Is Kazakhstan Safe for Trekking?

If you intend on hiking in the mountains around Almaty you should be aware of a few things. Firstly, the border with Kyrgyzstan runs very close to Almaty. Even at the tourist site of Big Almaty Lake you run the risk of straying into the border zone.

Ensure you have a map and compass and not just rely on your phone’s gps to stay away from the border.

Make sure you have plenty of warm layers as the temperature in the mountains above Almaty is much colder than in the city.

If you plan on hiking then tell someone at your hostel/hotel where you are heading and when you expect to be back so that they can raise the alarm if you fail to return.

Almaty has many hiking groups that you can join if you don’t fancy going solo.

Ticks are present in the steppe and mountains in spring and summer so wear long sleeves and check yourself each day for tics.

In the event you do find a tick, the best advice is to have it professionally removed by a trained medical expert, but if this is not possible and you are a few days from help then you can read about how to remove ticks safely in this guide from the Centre of Disease Controland Prevention.

For those trekking away from civilisation for more than a few days then think about getting encephalitis and rabies shots.

Is Kazakhstan Safe to Travel Around?

I have visited Kazakhstan eight times in the last 4 years and have witnessed massive changes of the infrastructure.

When I first took the bus from China in 2017 there was nothing but a dirt road leading the 400km from the border to Almaty.

Now there is a paved highway making travel safer and cutting the journey time by hours.

During winter roads in the mountains can become very dangerous so these are best avoided.

Drunk and/or dangerous driving can be a concern so pay attention when out and about.

Are Taxis Safe in Kazakhstan?

Every car is a potential taxi in Kazakhstan and you just need to hold your arm out to signal you are looking for a lift. First, give your destination and offer a price. This will either be accepted or rejected (500 to 1000 T for short distances of a few kilometres).

Be aware that some taxi drivers will try and charge you more than what was agreed.

This has happened a few times but only in places far off the beaten track; and it was a lot more of a problem in neighbouring Uzbekistan. This has never happened in Almaty or Nur-Sultan (to me).

Is Hitchhiking Safe in Kazakhstan

Hitchhiking is quite safe in Kazakhstan, however it is customary to offer money to the driver.

You should indicate straightaway that you are looking to hitch as there is no discernable difference between someone hailing a taxi or hitchhiking.

I have been offered rides on many occasions where the driver refused to accept my money.

It’s not only the roads that have improved; the vast railway network is ever increasing its stock of modern fast sleeper trains and replacing the old soviet era carriages, improving both safety and comfort.

Is it Safe to Fly in Kazakhstan?

Air Astana is Kazakhstan’s national carrier and although I try and avoid flying usually, I’ve used them on several occasions and have always been impressed with the service. Even the food tasted ok!

But, are Kazakhstan’s airlines safe?Air Astana is permitted to fly in Europe and has had no major safety related incidents in its history.

FlyArystan is Kazakhstan’s brand new budget airline and is owned and operated by Air Astana. It operates a fleet of 3 Airbus A320s, and as with its parent company, has had no major safety incidents.

Do not take photographs of police, soldiers, government buildings or borders!

Although this is a sensible rule of thumb anywhere, in countries of the former Soviet Union, paranoia still exists and this can land you in serious trouble compared with elsewhere (think a long spell in prison for spying).

The most common scam (though I’ve never come across it nor do I know of anyone that has) is the lost wallet scam. You stumble upon a lost wallet or some money and someone appears saying you should split the find. The “owner” then appears and demands to see your own wallet and either demands the contents or makes a dash for it.

If you see money or a wallet/purse on the street, just carry on walking.

Violent crime remains rare and rarer still for travellers to become embroiled in such situations.

In busy areas such as stations and markets pickpockets can operate so keep your wallet or purse in an inside pocket.

Better yet, use a money belt and only keep small amounts in your wallet. This way if in the unlikely event you are shaken down by taxi drivers, the police or mugged, you can offer everything you appear to have safe in the knowledge they don’t know about the rest.

Corruption exists in Kazakhstan as elsewhere in the former Soviet Union, though to a lesser degree.

Those conducting business in the country are at far greater risk than the average traveller, but be aware that the police might not always be out to help you. Again, next-door Uzbekistan is much worse for cops hassling tourists for bribes and I’ve never experienced such a thing in Kazakhstan on my many trips there.

Do I need vaccinations to visit Kazakhstan?

No vaccines are mandatory for entry to Kazakhstan (unless coming from certain high-risk countries) but the following shots are recommended:

Is Kazakhstan Water Safe to Drink?

Don’t drink water straight from the tap without boiling first or using a filter.

You will likely come across many freshwater springs on your travels in Kazakhstan, especialy in the hills around Almaty.  Here you will see locals filling up bottles. This water is deemed safe, but to be extra sure add purifying tablets or use a filter.

I crushed my hand in a bus door on a trip to Kazakhstan in 2018 and went to hospital for an X-Ray. I contacted my insurance company (Wold Nomads) to ensure I would be covered and went to the hospital a few hundred metres from my hotel in Almaty. The hospital was clean with professional staff, some of whom spoke a little English. The whole process of consultations and X-Ray took under an hour and cost around $30.

Chemists (Pharmacy/Drugstore) can be found in all towns and are usually indicated by a green cross and called Apteka in Russian.

Kazakhstan is a wild country with huge distances between cities.

Although it is a very safe country, the deserts and mountains can pose a hazard for unprepared travellers. Ensure you have comprehensive cover before departing and if you will be heading into the mountains to ski or hike be sure that these activities are covered.

Our partners at World Nomads specialise in insurance for adventurous destinations and you can get a free no-obligation quote on their website or by filling in the form across the page.

So, to answer to the question; is Kazakhstan safe, is a resounding yes. Use usual traveller caution and common sense and you will have a fantastic experience in this unforgettable country.

So, now that you know Kazakhstan in safe to visit, what is there to see and do? Check out my complete guide to Tourism in Kazakhstan to find out more!

Is Xinjiang Safe? A Guide to China’s Troubled Region

Is Xinjiang safe? Xinjiang Uyghur Autonomous Region, the troubled province in far north-western China is often in the news, but for all the wrong reasons. I have travelled through Xinjiang on many occasions over the past six years on my way between China and home in... 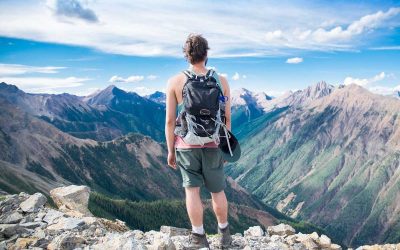 In this article we will look at some of the best budget hiking backpacks on the market in 2021. Hiking is by far one of the best ways to enjoy the unparalleled beauty of nature while also engaging in exercise that sharpens your body and mind. Hiking helps to push...

Things to do in Harbin – A Complete Guide

In this guide we will discover some of the top things to do in Harbin, China’s frozen northern city on the border with Siberia. Where is Harbin Harbin Map Harbin is located in China’s far north-eastern Heilongjiang Province (the area is also sometimes referred to as...

How to Buy Train Tickets in China – A Guide

A guide to Buying Train Tickets in China In this article we will discover how to buy train tickets in China. From online to at the station, we will cover everything you need to know to plan and book that perfect train trip in the Middle Kingdom! China has one of the...

Things to do in Sanya – A Complete Guide

In this guide we will discover some of the top things to do in Sanya, China’s tropical answer to Hawaii! From pristine beaches to lush jungles, Sanya is packed with fun attractions to suit any interest and budget! Check out my Youtube vlog of Sanya for more! Where is...

Guangzhou to Sanya Train – All You Need to Know

Looking to get to Sanya by train? Look no further than this complete guide to the Guangzhou to Sanya train which includes all the information you will need to make this journey. Sanya is one of the hottest destinations in China (literally and metaphorically) and is...

Below you can read a little about the terrible atrocities committed by the unit, as well as practical information for visiting the Unit 731 Museum in Harbin. What was Unit 731? Unit 731 of the Imperial Japanese Army was a covert chemical and biological research unit...

The Ultimate Guide to Backpacking in ChinaBackpacking in China can be hugely rewarding for the intrepid traveller and doesn’t have to cost the earth either. Below I will tell you all the tips I have accumulated over five years living and travelling throughout the... 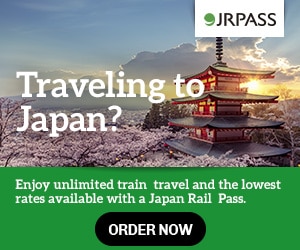